Want to watch all the replays? Upgrade to an All-Access Pass and access all the sessions at your convenience 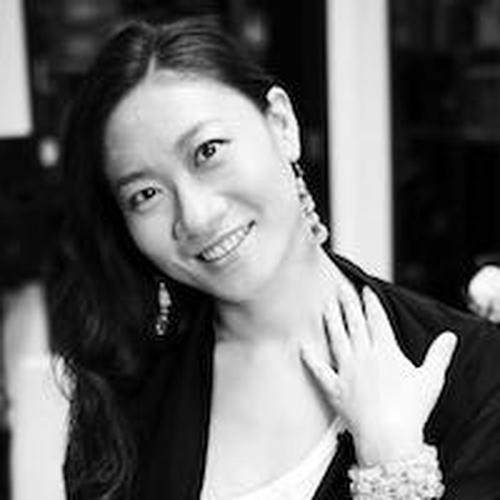 Deren WeChat Marketing Marketing Director for years Yang Xiao Saunders Focus on WeChat marketing and brand promotion, have a lot of practical experience in using WeChat in Singapore and globally , and also have a lot of practical cases of using WeChat for marketing and brand promotion in Singapore (such as National University of Singapore, AIA, PROPNEX,Scoot Airline, Singapore Flyer, MAYBANK, etc.), help hundreds of local and international companies with using WeChat for marketing and branding to the local new immigrants ,and Chinese tourists and potential customers in China. 德仁微信营销市场总监 专注于微信营销和品牌推广，拥有大量在新加坡使用微信的实战经验，也在新加坡拥有大量使用微信做营销和品牌推广的实战案例(比如NUS新加坡国立大学，AIA，PROPNEX，新加坡酷航，新加坡摩天轮，F45国际健身连锁，MAYBANK等等)，帮助几十个新加坡本地和国际企业利用微信做市场营销和品牌推广给新加坡新移民群体，来新加坡的中国游客和在中国的潜在客户。

Talks covered by this speaker

WeChat Super App : How to localise WeChat in SEA countries,What is the New Norm?How we prepare for it in advance?Tune in for freegiveaway!

我在17岁来到新加坡，之后就读南洋理工学院。我凭借着坚持与毅力不倚仗家里的支持，胼手胝足的完成了我的学业，并且还获得了国家奖学金。 从小家里就灌输我一个观念：「凡事靠自己」。所以在成长的过程中，我更加明白，自己想要的东西，就要努力去争取。尤其在这个竞争激烈的新加坡，光靠努力是不足够的，还要有〝挖掘〞的能力；要知道什么能出奇制胜，然后努力去做，才能比别人获得的更多更快。 还记得我在大学时期去打工，我做的只是一个麦当劳的店员，薪水微薄工时又长，那时我还必须兼顾我的学业，所以我开始思考有没有其他工作可以赚更多又能让我有读书的时间？后来我发现教钢琴是一个不错的选择，可我虽会弹钢琴，却也只是普通等级且并没有任何执照。但我告诉自己，既然明白这是一条更好的路，我就要努力得到。所以我花了六个月的时间，没日没夜的练习钢琴。最终，我获得了英国皇家8级最高等级钢琴证书，因此我也顺利的获得比同侪更多的薪水,而且成功在新加坡滨海艺术中心的演出了三场钢琴演出。 I came to Singapore at the age of 17 and went to Nanyang Polytechnic studied Manufacturing Engineering. With perseverance , I did not rely on the support of my family. I completed my studies stubbornly and also won a national scholarship.

From a young age, I was instilled a concept: "Everything depends on myself." So in the process of growing up, I understand better that I want to strive for what I want. Especially in this fiercely competitive Singapore, it is not enough to rely on hard work, but also have the ability to "dig"; to know what can be surprisingly winning, and then work hard to get more and faster than others. I remember when I was doing student part time in college, I was only a McDonald ’s staff, and the salary was meager and long hours. At that time, I had to take care of my studies, so I began to think about whether there are other jobs that can make more money and let me Have time to study? Later, I found that teaching piano is a good choice, but although I can play the piano, it is only of ordinary grade and does not have any british royal grades(ABRSM) which can be recognized in Singapore . But I told myself that since I understand that this is a better way, I will work hard to get it. So I spent six months practicing the piano day and night. In the end, I won the highest grade piano certificate of the Royal British Grade 8, so I also successfully received more salary than my peers by coaching piano tuitions and coaching in the piano schools and performed in Esplanade in 2005.

Later I entered marriage and I fell in love with running and belly dancing. In the dance school, I often take the initiative to help them distribute flyers or organize events to promote. The reason why I am so active is that on the one hand I like this school, on the other hand I am curious, what products and promotional methods in this market Is the most useful? We have used Facebook, email, etc., but finally found that the most practical Niche Market still needs to use "WeChat" to promote to our 1-2 million china chinese in Singapore. Therefore, we quickly grew from 100 students to 600 students, and also expanded from one store to three stores.

Some people say that curiosity may concur everything, but at the same time it can also be a driving force for success. I am honored to be the Chief Operating Officer (COO) of the Desert Rose Yoga Dance Makeup Academy and have spent a pleasant time for almost five years

Within these 6 ~ 8 months, I sold nearly 30 new stores in Singapore; as you can see, countless F45 new stores have sprung up in Singapore, and each opened in Hong Kong and Shanghai between. The headquarters is impressed by my sales ability. With my efforts,The biggest boss of F45 told me: "Now is the time for us to enter China together! Therefore, in November 2019, I opened the first F45 China Chain Store in Shanghai.

At the same time, I also joined Deren WeChat Marketing Company. We used to work very closely when I was doing belly dance school. I really appreciate the company ’s ability to work with colleagues. This company also appreciates my language skills and Sales ability, this can really be said to join forces, welcome everyone to know more about us!

Your logo could go here!

If you'd like to get your brand in front of attendees following the categories this speaker is talking about (on this page, via email and during each talk) contact us.
We use cookies This website (and some of its third-party tools) use cookies. These are important as they allow us to deliver an exceptional experience whilst browsing the site. Learn more about our cookie policy. By closing this banner, scrolling, clicking a link or continuing to browse, you agree to the use of cookies. Accept
I need help
No I need help
No I need help